Basis Of Singaporean Spirit - People Power: Are you an Elite?

[This is part of the book: “Basis Of Singaporean Spirit - People Power”. Links to the different versions:Online Version in this Blog; Printed Version in Amazon.com; eBook Version: Google Play / Google Books / Kindle] 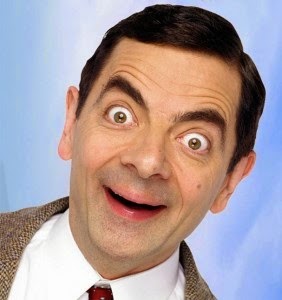 Before I start, can you describe what a “crane” is? You might describe it as “a long-legged and long-necked bird” or “a device for lifting and moving heavy weights”.

But nobody in the right mind would ever describe it as “a long-legged and long-necked bird for lifting and moving heavy weights”.

But interestingly, that is what our great politicians did for the word “elite”.

“Elite” has many meanings, which is bad because it confuses people. In general, elite can mean “best of anything considered collectively” or in political and sociological theory, an elite “is a small group of people who control a disproportionate amount of wealth or political power.”

Technically, both definitions are correct independently, but the problem is that people combined those 2 independent meanings and concluded that:

“People who control a disproportionate amount of wealth or political power are the best of anything considered collectively.”

Isn’t that funnier than Mr Bean? Too bad, Mr Bean doesn’t usually talk much, else that could be one of the funniest jokes that he should include.

Do you think the 6-sigma Black Belt in the earlier chapter is an elite? No, he is not. When he doesn’t even know the basis, how can he be one?

Do you think Lin Dan (林丹) is an elite? Of course, he is one of the greatest badminton players in the World.

Do you think Puyi (溥儀), the last emperor of China, is an elite? Well, of course not. Comparing him with other emperors, he is far from being one.

Can the uncle in hawker centre[i] who fried Char kway teow (Singapore Fried Noodles) be an elite? Absolutely! If he puts in a lot of effort in ensuring that every plate of Char kway teow is always that perfect aromatic and tasty one for all his customers, he is an elite!

And of course, as an elite, he will automatically get his monetary rewards – that is why hawkers can also drive BMW and Mercedes. Do we need to artificially set top salaries for hawkers to be elite? No, we don’t.

Do you think a Michelin 3-star chef is an elite? Well, it depends. Although the chef cooked appetising food and might be very familiar with the kitchen, a plumber is more of an elite than him in fixing a leak in the sink. Elite also requires getting the right person to do the right job.

People can still swallow it if you spent millions getting a Michelin 3-star chef to fix the sink, provided the sink is fixed. However, if the sink is not fixed, and yet the chef blamed the design of the sink for being stupid, nobody will be happy, got it?

Different people contribute to the society in different ways and everyone has their own roles to play. If you are the best within that role, then you are an elite.

Do you think PAP government today is an elite? Well, given the problems with the public transport, high dengue fever cases, SLA Lamborghini, etc. I don’t think they are. But do they have the potential to be? Of course, but not yet.

Whether they will be or not, I do not know because the ball is in their court. If they insist on the wrong definition of elite and self-proclaimed that they are, I don’t see how they can really be one.

BOSS Wisdom: “Elite is not an attribute of a person – it is an exhibition of how well a given person played a given role.” – BOSS

[i] Hawker Centre is Singapore’s low-cost eating place. Most of the great foods are found there.

[This is part of the book: “Basis Of Singaporean Spirit - People Power”. Links to the different versions:Online Version in this Blog; Printed Version in Amazon.com; eBook Version: Google Play / Google Books / Kindle]
Posted by Unknown at Sunday, February 22, 2015